Sports or recreation. This is first that comes to mind regarding a bicycle. For many years, it has also been seen as an element of everyday use, including transport means, an alternative to a car or public transport. Today, it is also becoming a tool providing mobility to people with physical disabilities. 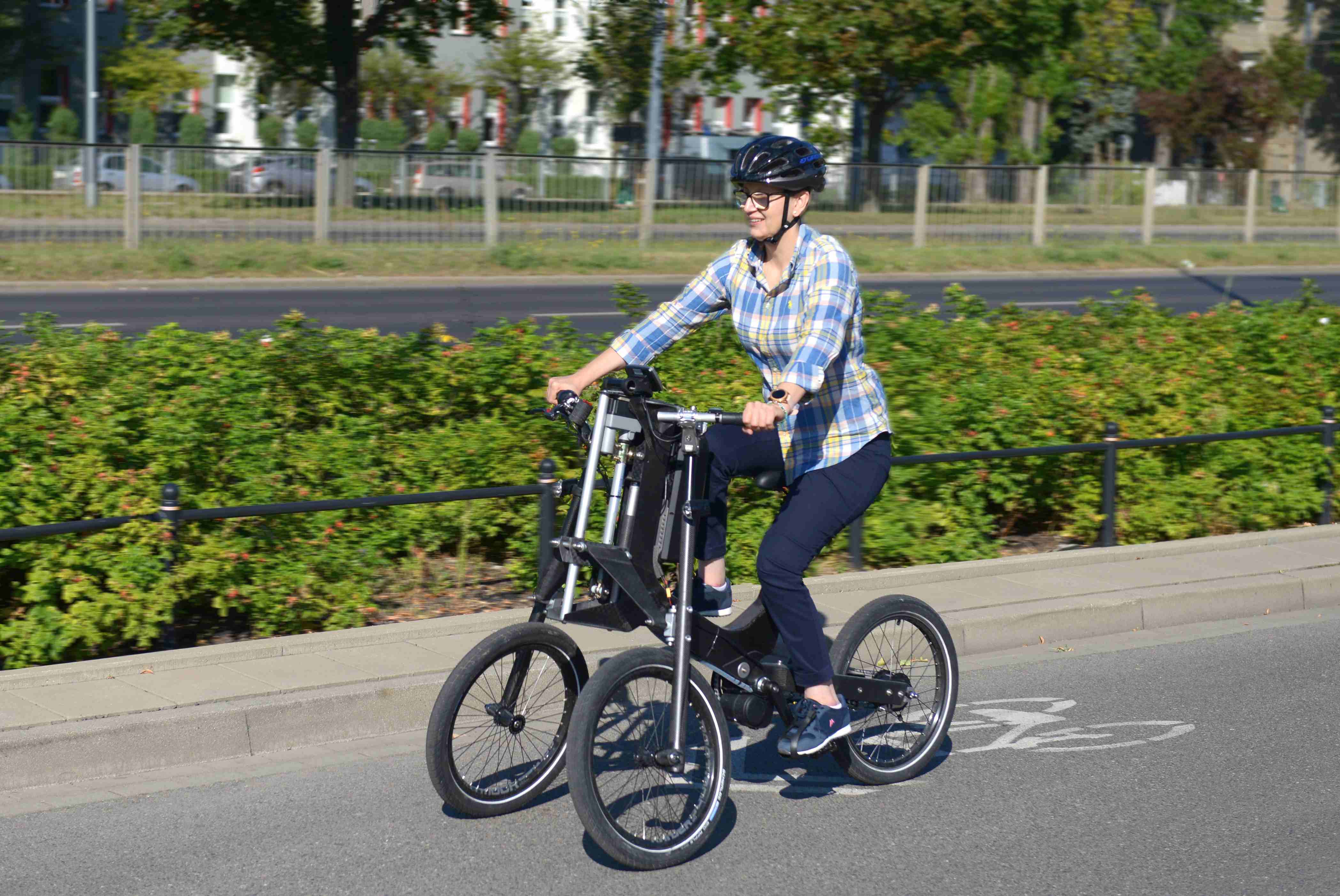 A bicycle is a popular means of transport, which is an alternative to a car and public transport. It is gaining more and more fans, which is confirmed by the growing (year by year) traffic of two-wheelers and the development of infrastructure, including bicycle paths and city rentals. The decision to choose a bicycle as a means of transport is dictated by economic (reducing travel costs) and practical reasons (a more convenient way to move around crowded streets and roads). The growing ecological awareness and care for physical condition are also of great significance.

-  Despite the fact that it is inexpensive to buy and widely available, there are social groups that have no chance to take advantage of it. I am talking about people with disabilities, whose problem is the inability to maintain balance (people with paresis of the limbs or torso) and to pedal on their own. While the second problem, related to driving a bicycle, seems to be relatively easy to solve today thanks to electric motors, stability while driving remains a key limitation that has only now been overcome in a satisfactory manner, points out Piotr Wiśniowski, PhD from the Motor Transport Institute (Warsaw, Poland).

Scale of the problem

Over a billion people, about 15 proc. of the world's population, have some form of disability and between 110 million and 190 million adults have significant difficulties in functioning. In Poland, limitations of fitness affect every fifth inhabitant (over 7.5 million people), and nearly every twentieth experiences limitations to a significant degree. The most common type of disability is damage to and illnesses of the limbs, which affect 59% of people. 44 percent of the respondents declare that due to their disability they have special needs, including those related to the mobility. In the case of people living in rural areas and in smaller towns, where movement by public transport is difficult, electric carts and scooters as well as special bicycles are used.

Chance for a change

- To meet social needs, the Motor Transport Institute has developed an innovative type of bicycle for the disabled. The prototype vehicle is an intermediate solution between a single-track vehicle and a three-wheeled vehicle. It allows to ride like a classic bicycle, and when the need arises, the bicycle becomes stabilized like a tricycle. The bicycle created by MTI is characterized by a comfortable and stable body position and the position of the cyclist on a comfortable seat. Our two-wheeler also has a very sensitive and precise propulsion assistance. It also has an unprecedented solution to obtain stability, especially when stopping, emphasizes prof. Marcin Ślęzak, director of MTI.

From the point of view of non-disabled people, the use of this unique two-wheeler means increased comfort and safety of riding, therefore it can be a real alternative to an ordinary electric bikes. It is worth noting that the production of the MTI bicycle does not have to be conducted by companies dealing normally with rehabilitation and adaptation devices for people with disabilities. The bicycle may as well be manufactured by a company making electric personal transport devices or two-wheelers.