On November 15, 2020, the World Road Accident Remembrance Day will be celebrated around the world. The main celebrations of the Remembrance Day in Poland have been held for several years in Zabawa near Tarnów at the Sanctuary of Bl. Karolina Kózkówna, as well as at the "Przejście" monument for the victims of road accidents. This year's celebrations are global. The representatives of FEVR, RoadPeac, the UN, the European Commission, the European Transport Council ETSC will celebrate with us.

The organizers of the event are: the National Road Safety Council, the "Przejście" Association for Assistance to Victims of Traffic Accidents and Disasters and Violence, the Motor Transport Institute and the Center for Initiatives to Improve Road Safety.

In Zabawa, Tarnów, Poland the celebrations of World Day of Remembrance For Road Traffic Victims will start with holly mass, setting the light for victims and their families, planting a tree of remembrance, next it is planned a meeting with families as a support group for those in mourning. This year, as part of the celebrations in Poland, the exhibition will be unveiled on the World Day of Remembrance for Road Accident Victims.

We invite you to participate in the celebrations on-line. The broadcast starts on Sunday, November 15 at 10.30

25 years ago it was decided to commemorate the victims of road accidents on the international arena.

For the first ten years, these efforts were made by the European Federation of Road Traffic Victims (FEVR) and its numerous member organizations, including RoadPeace (Great Britain), which established this day in 1995. Pope John Paul II also supported the initiative by recommending prayers on that day for accident victims and their families. UN member states adopted on October 26, 2005, UN General Assembly Resolution 60/5 establishing the annual World Road Traffic Victims Remembrance Day as an expression of "adequate commemoration of road accident victims and their families". The UN General Assembly passed Resolution establishing the third Sunday in November as the World Day of Remembrance for Road Traffic Victims. The resolution is an invitation addressed to the member states and international organizations to celebrate this day as a tribute to all the victims and their relatives.

World Road Victims Remembrance Day (WDR) is celebrated on the third Sunday in November each year. It is a global event to commemorate the many millions killed and seriously injured on the roads of the world and suffering families and communities affected - millions of victims added each year to the countless millions already suffering.

The goal of WDoR 2020 is to provide road traffic victims and their families a platform:

This day has also become an important tool for governments and all those whose tasks are prevention or response of accidents, as it demonstrates the enormous magnitude of the consequences of fatalities and injuries in road accidents and their reduction. However, the victims and their families still do not have adequate support in such tragic circumstances.

On World Day, we also pay tribute to the rescue teams, police and emergency services who deal with the traumatic consequences of road accidents every day. 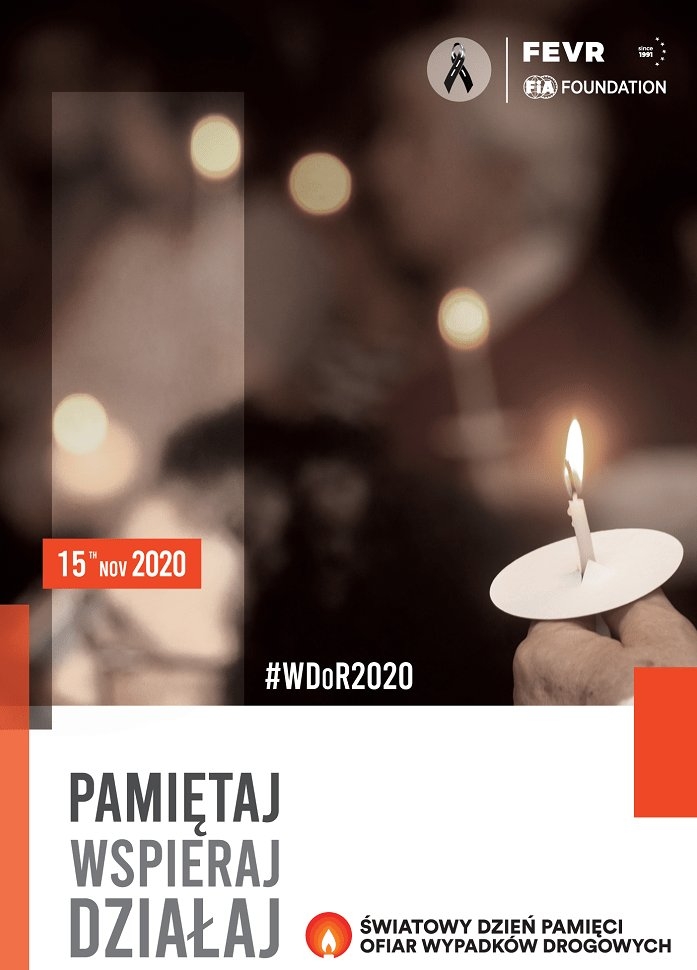